CDM are proud to announce the promotion of Thomas McCorrie to Managing Director from Operations Director. Thomas has 29 years of experience within the industry from joinery to site and project management and has been with CDM since August 2019.

Thomas is a joiner to trade having served his apprenticeship in the shop fitting industry. Following his apprenticeship, Thomas worked his way up from foreman joiner to site manager. From this position, Thomas then took on a role as workshop manager for an international door manufacturer running the day-to-day operations of a factory that turned out 1500 door sets per week. As Thomas moved forward further into the construction trade, he moved to a joinery manufacturer where he continued managing day-to-day operations while also having responsibility for the estimating department.

In 2012, Thomas took on a role as project manager for a support services business which worked on nation-wide contracts such as HMRC, Ministry of Defence and other large government departments. In 2014, Thomas continued his development by moving to work for Carillion taking on the Senior Project Management role to oversee the account of a major banking provider in Scotland. After 5 years overseeing this account, Thomas subsequently moved to ISS who took over the contract at the end of 2018. During this time, he managed major Building along with Mechanical and Electrical projects for the bank in most of their flagship buildings across the UK, while he also managed several national rollout programs during his time on this account.

As Operations Director at CDM, Thomas fully oversaw the day-to-day operational side of the business, looking after 30 tradesman and 9 office staff. Thomas’ role as Operations Director saw him use his vast experience to ensure each project which CDM took on ran smoothly from start to finish.

His new position as Managing Director sees him continue overseeing the day-to-day operational side of the business along with directing the business’ resources, preparing business plans and budgets, representing CDM in negotiations and discussions with customers and suppliers as well as developing and maintaining customer relations. 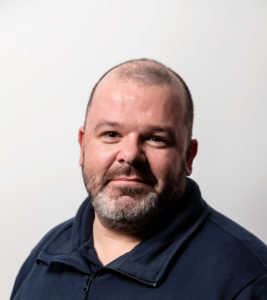